International Conference on the Future of Culture

Until a few decades ago, a widespread development in science and technology as well as some of the social, political and economic processes drew a positive and reassuring picture of the future. However, despite these intensive changes and ever-growing scientific and technological advancements, there does not seem to be real grounds for an optimistic imagination of the future of mankind and their culture. The heightening of tensions and relentless wars in various parts of the world in recent years has often raised fundamental questions about the future of global, local and indigenous cultures. The disruption in natural balance and growing political and socio-economic problems were among the factors that gradually transformed the people’s attitude and their conception about the future. In other words, the contemporary human beings, more than any other time in history, are witness to the transformation in their means of life hence; have a mixture of fear and hope with regard to their future. In such circumstances, today, the future of culture is a fundamental question before thinkers and researchers. “What will be the future of the mankind and the world?” is the question that presses us, more than before, to think and search for an appropriate answer.

The future of technology, experimental sciences, humanities, arts, economy, politics and religion are among the most important domains of modern researches. Today, no cultural, political, economic, educational and pedagogical plan, it seems, can be drawn up without having a clear conception about the future. In other words, having an image or a possible prospect of the future of culture is an inevitable prerequisite of a research in humanities.

Methodologically, the research in these domains is conducted in an interdisciplinary-intercultural manner. As such, prominent scholars in different fields of humanities need to study various aspects of their subjects by exploring common questions in the course of their discussions. It should also be noted that the future of culture/cultures is a problem of all human beings living on this planet. Considering this fact, scholars from different cultures and nations need to discuss and share their understandings on this issue and thereby prepare the ground for further researches. Such researches, necessarily, are intercultural in which, representatives of different cultures present their findings to each other for critical evaluations and with joint efforts contribute to the possibility of a fruitful debate. Dialogue among representatives of divergent cultures about the fundamental issues encountered by the contemporary world could serve as an instance of the steps necessary to achieve mutual understanding and cooperation.

Iranian culture, as one of the ancient and rich of humankind, relying on its rich heritage, could actively contribute in the efforts to find a possible answer to the aforementioned question. To this end, Iranian thinkers and scholars, too, should participate in this dialogue and interact with thinkers from other cultures in order to provide more fertile ground to such researches. The International Conference on the Future of Culture has been planned primarily with this approach.

We call on scholars and researchers in various academic fields around the world to participate in this collective effort. The list below includes the main themes of the conference, although any suggestions from interested researchers are also welcome.

A. Philosophy and Methodology

B. General Debates on Cultures

E. Communications and the Media

G. The Future of Iranian Culture

Papers can be submitted in three languages: Persian, English and German.

Deadline for submission of abstracts: December 21, 2014

Individuals willing to participate in the conference may send their abstracts (with maximum 400 words) along with their CVs to the Conference Secretariat in one of the following two ways:

The Address of the Conference Secretariat: 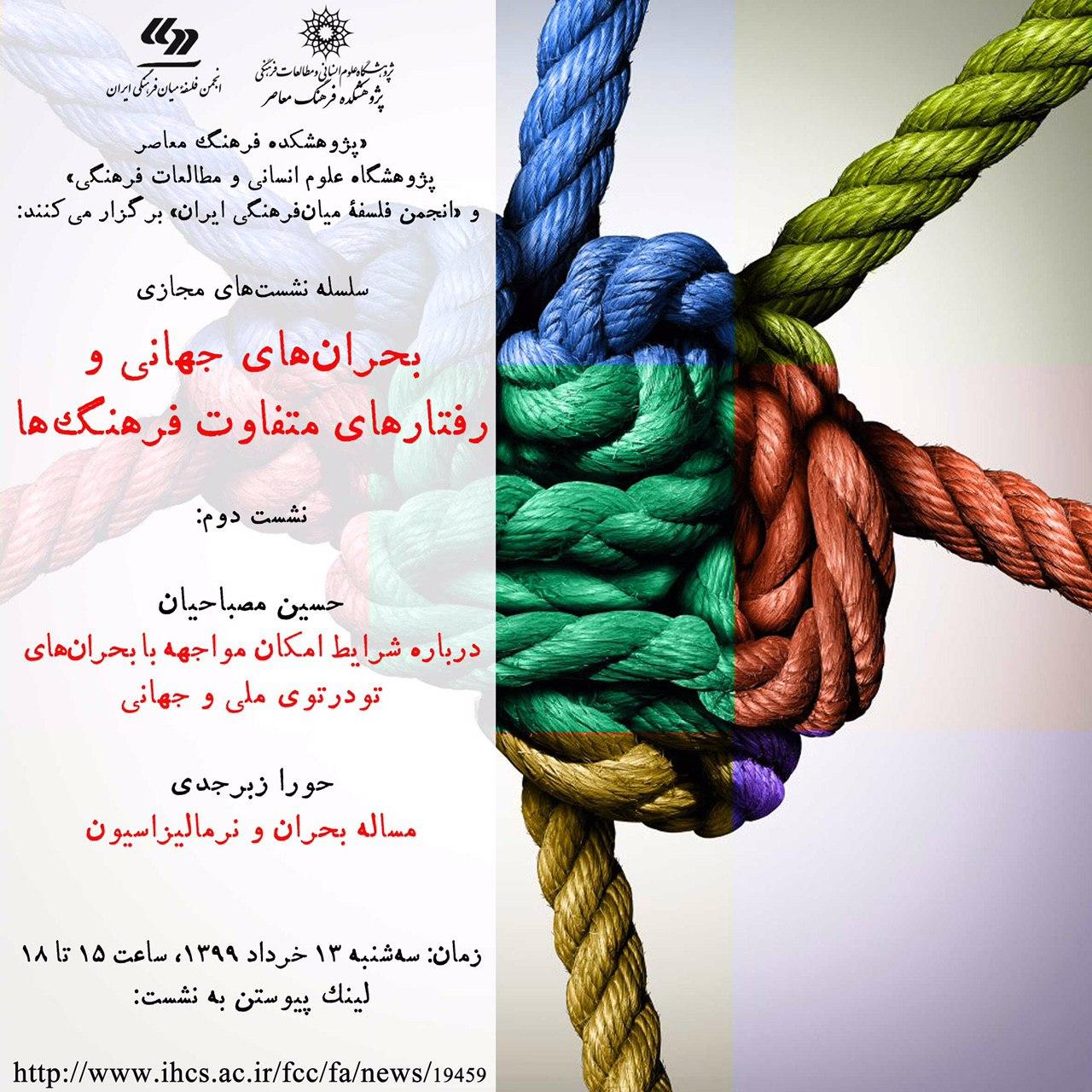